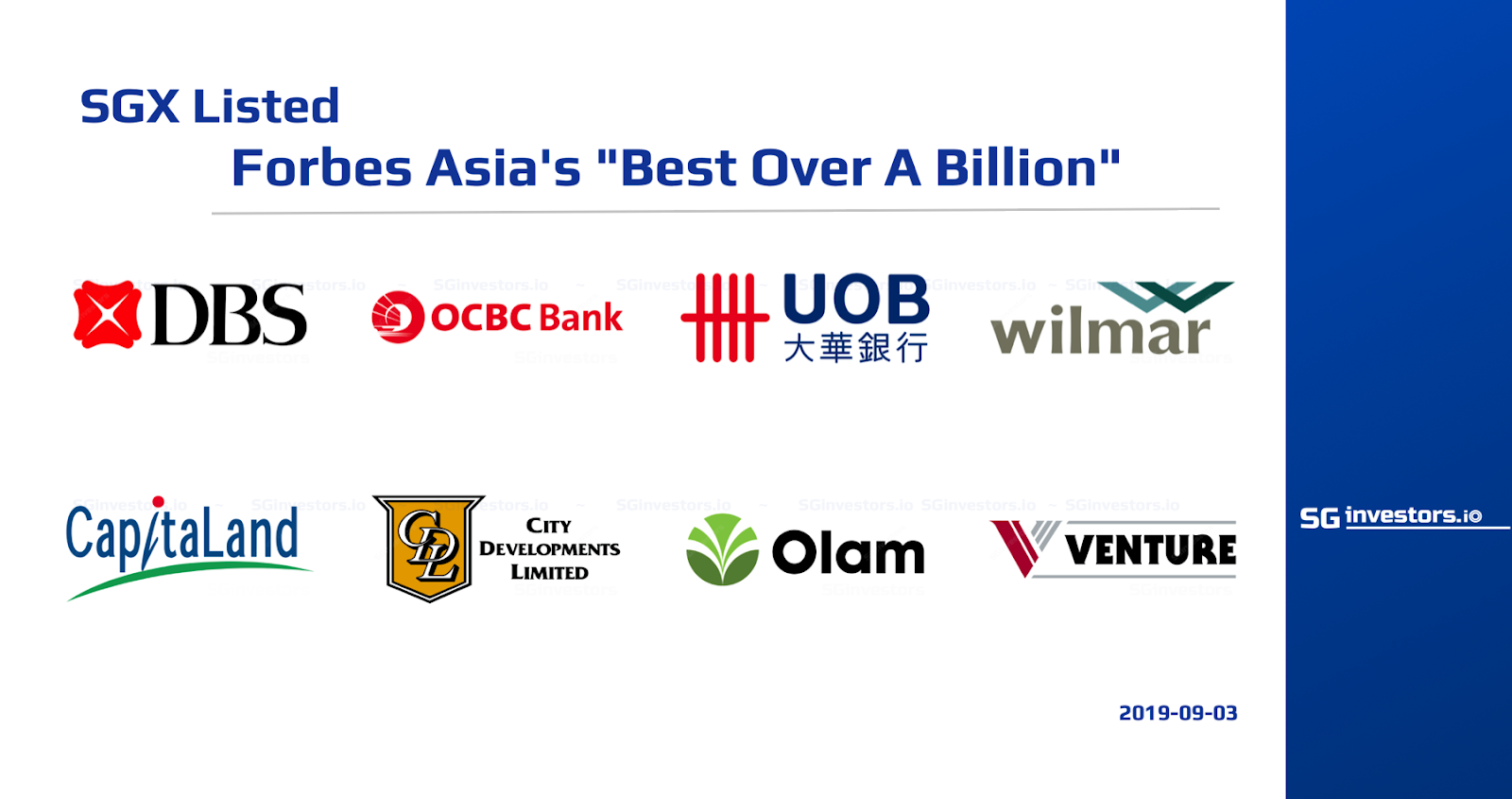 Nine SGX-listed companies, which have a combined market capitalisation of more than S$200 billion, have been included in two lists highlighting Asia-Pacific’s top-performing businesses in terms of sales and/or earnings growth. Compiled by media group Forbes Asia, these two checklists comprehensively cover all of the region’s listed companies, selecting the best 400 from the smallest to the biggest, using US$1 billion in sales as a defining criteria.

Seven of the eight stocks (except for Olam) are constituents of the benchmark Straits Times Index (STI). The eight are categorised to the banking and financial services, real estate, electronics manufacturing, as well as food and agri-business sectors.

The ninth company – semiconductor handling and test equipment manufacturer AEM Holdings – was featured in Forbes’ long-established Best Under A Billion 2019 list in July. This series highlights 200 top-performing, small and mid-sized companies in the region with less than US$1 billion in revenue and a track record of strong growth.

In the first eight months of 2019, the eight constituents of Forbes’ Best Over A Billion tally have generated a total return of +13.2%, bringing their one-year and three-year total returns to +1.2% and +42.6% respectively. These eight stocks also average a price-earnings ratio of 13.0x and a dividend indicated yield of 3.6%.

Over the 8M2019 period, the sole constituent of Forbes’ Best Under A Billion series listed on SGX – AEM Holdings – has registered a total return of 33.4%, bringing its one-year and three-year total returns to 43.9% and 1,308% respectively. It also averages a price-earnings ratio of 8.3x and a dividend indicated yield of 3.8%.


The table below details the nine SGX-listed constituents of Forbes Asia’s Best Over A Billion and Best Under A Billion series, sorted by market cap.