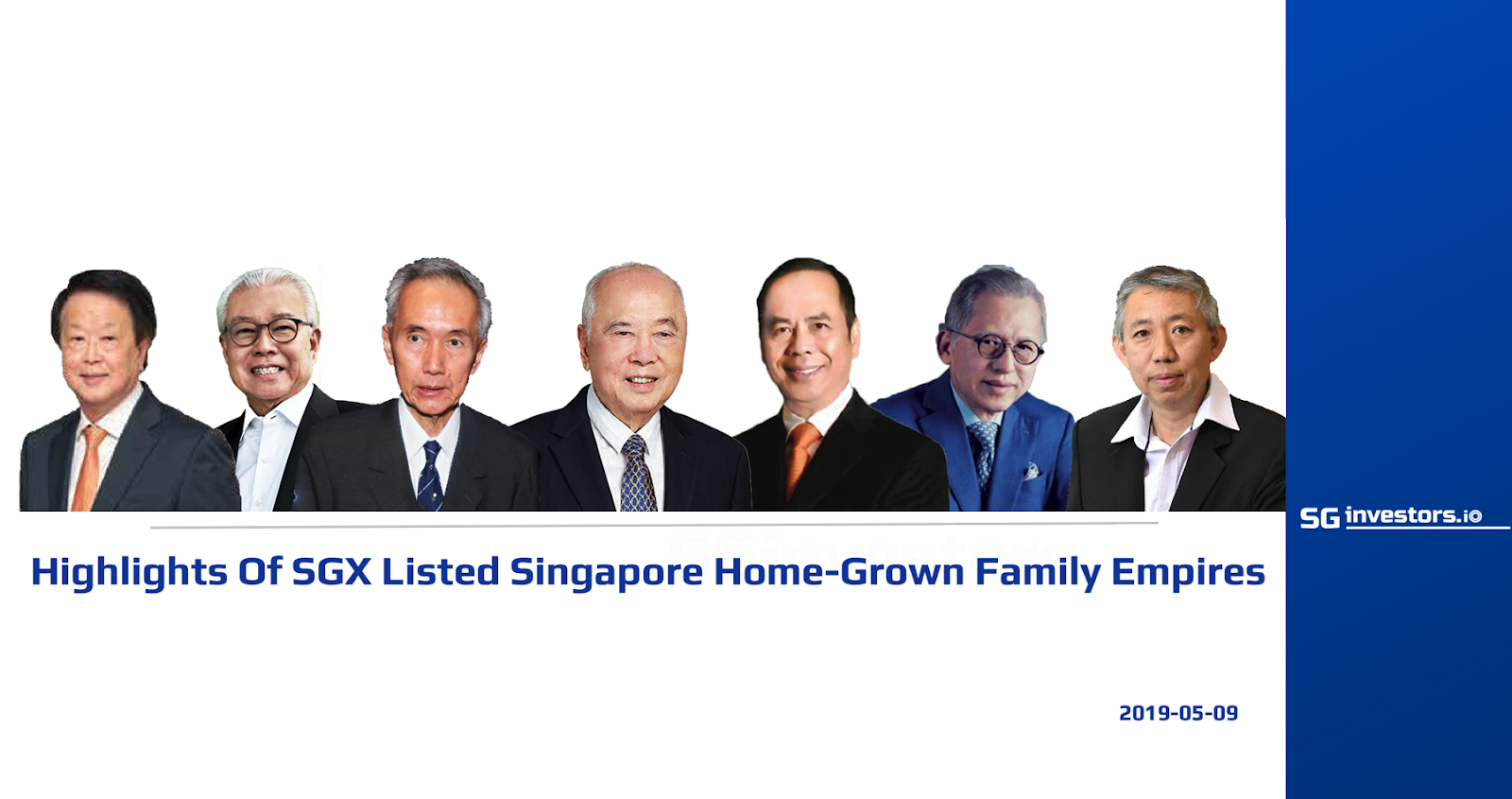 SGX lists at least 24 companies and 2 trusts associated with 7 business empires run by some of Singapore’s richest families, and they have a combined market capitalisation of more than S$110 billion. These home-grown companies and/or conglomerates on SGX belong to the Wee, Kwek, Ng, Kuok, Koh, Goi and Chua families, with many of their patriarchs being ranked among the city-state’s billionaires.

These companies and trusts on SGX are involved businesses ranging from banking and finance, real estate development, investment and management, as well as hospitality and hotel operations, to leisure, entertainment, healthcare, shipping, agriculture, food and beverage and retail.

SGX also lists another 16 companies and 8 trusts associated with 5 foreign family empires – three Indonesian, one Thai, and one British – which have a combined market capitalisation of more than S$220 billion. The Indonesian business empires are associated with the Widjaja, Riady and Salim families, while Thai corporate ownership is represented by the Sirivadhanabhakdis, and the Jardine Group of companies is owned by the Scottish/British Keswick tai-pans. For the previously published Market Update on foreign family empires on SGX, click here.

The table below details at least 7 home-grown family empires and their individual companies that are listed on SGX, with names of executives who are on their respective boards.


The table below details the companies and trusts associated with the seven home-grown family empires that are listed on SGX, sorted by market capitalisation.