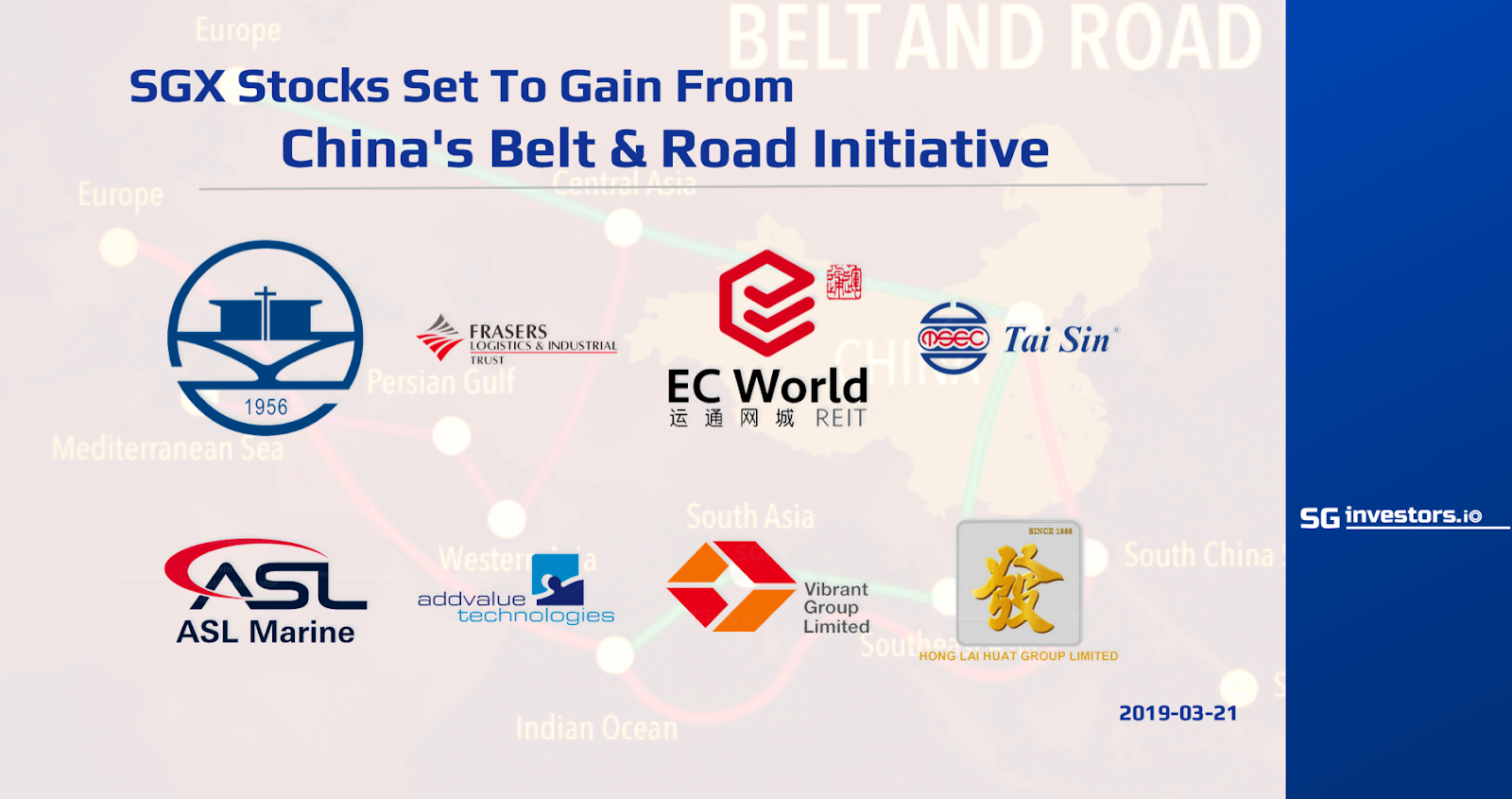 The BRI is expected to bring many benefits to ASEAN due to increased Chinese capital flows through infrastructure projects spanning ports, roads, railways and energy sectors. Xi has pledged US$124 billion (S$174 billion) to finance projects under the initiative, which is an ambitious strategy by the world's second-largest economy to boost its investments, influence and trade connections globally.

A 2017 report by RHB Securities stated that ASEAN will likely become the bridgehead for BRI due to the region’s geographical proximity and relatively low risk profile. Apart from infrastructure investments, BRI could also impact other sectors in the region, primarily industrials, materials, and utilities, and indirectly, finance, consumer, healthcare and tourism.


Singapore, being a member state of ASEAN, has significant roles to play in BRI through its status as a financial hub for China and Southeast Asia. In addition, the city-state has established industries with the experience and expertise to drive and support infrastructure development for BRI in ASEAN, within sectors such as industrials, materials and utilities.

Apart from obvious beneficiaries such as EC World REIT, which owns assets used primarily for e-commerce, supply-chain management and logistics purposes, and Yangzijiang Shipbuilding, which focuses on vessel construction and offshore engineering, there are at least 6 other small- to mid-cap firms on SGX that have cited BRI as a growth impetus in their most recent annual reports.

The table below details the 6 SGX-listed companies that have cited impact from China’s Belt Road Initiative in their most recent annual reports, sorted by market capitalisation.