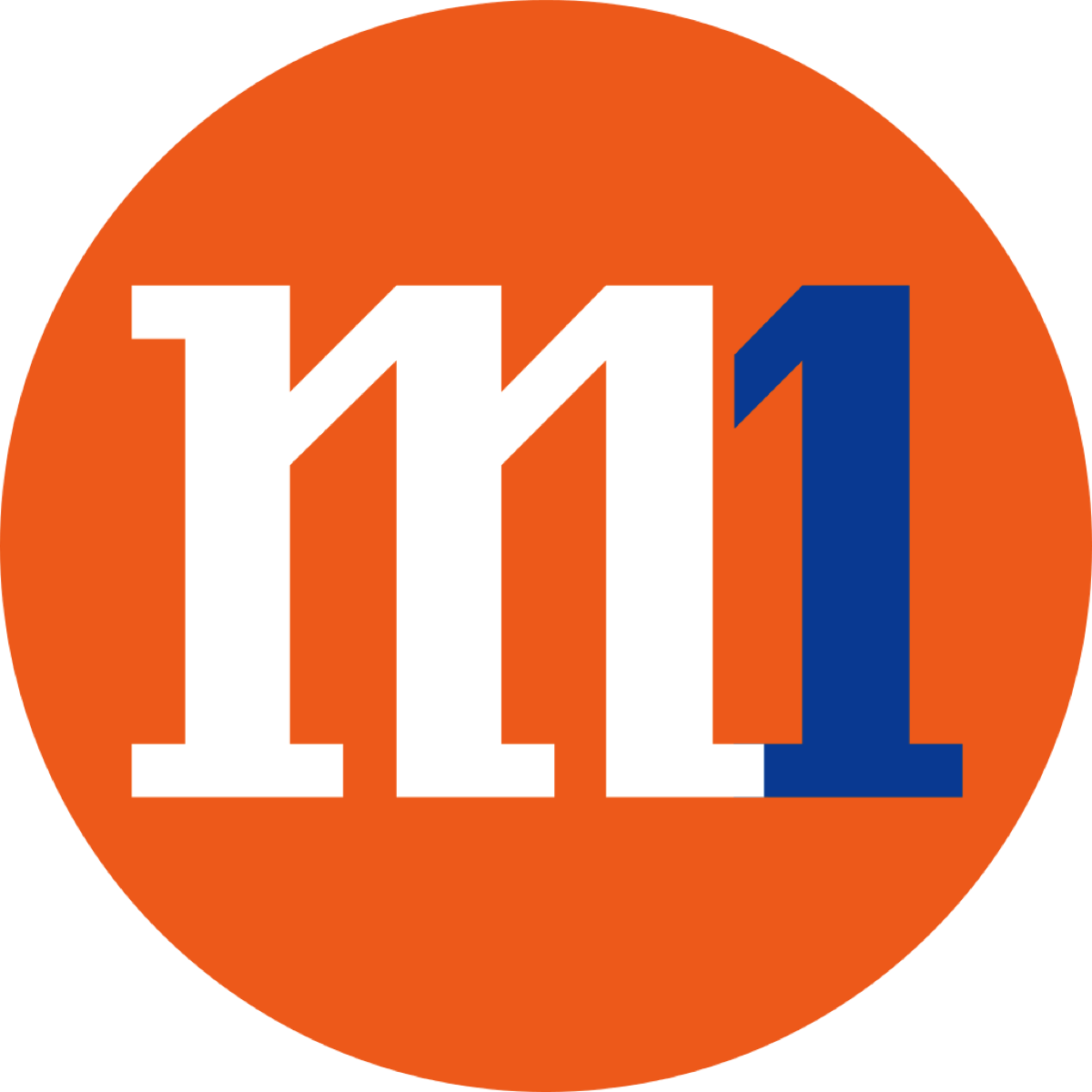 CoryLogics
Unknown
Cory Diary : Keppel DC REIT - NetCo joint venture with M1
Essentially, M1 setup a subsidy company called NetCo to buy it's own M1 network asset in which KDC will invest in the bond. M1 will continue to do the operation support of it (obviously). So essentially what this means is M1 do asset sale to itself and lease back to itself. Talking about financial engineering this is really ultimate. Desperate moves ?So what does that means to KDC ? High Yield

DollarsAndSense.sg
Dinesh Dayani
[2021 Edition] Complete Guide To Choosing The Best Broadband Plan For Your Home
Due to the working from home arrangements during COVID-19, and possibly changing work trends in the future, having a good broadband plan at home has gone from a nice-to-have to a must-have for many households. When it comes to deciding the best broadband plan for our home, there are six main players in the market to consider. No Internet Service Provider (ISP) 1 M1 2 MyRepublic 3 SingTel 4 StarHub 5 ViewQwest 6 WhizComms   When applying for a home broadband service, there are two types of fees that we may be charged, outside of our monthly subscription. NLT Service Activation Fee: We have to pay $56.71 for the NetLink Trust (NLT) Service Activation fee for every new fibre port activation. This is typically for new customers or customers that moved homes, as it a

Investment Income For Life
Blade Knight
Keppel DC REIT- Growth Story Intact And Supported By Visible Pipelines
For unitholders who bought into Keppel DC REIT (“KDC”) from Aug’20 to Apr’21 at the range of S$2.55 per unit to S$3.04 per unit, the recent downturn in price from May’21 till Sep’21 has been rather disappointing. This is despite many good news being released for KDC such as over 12.5% improvement in 1stHalf FY2021 DPU, joint investment with M1 into digital network assets, maiden foray into China Data Centre market as well as acquisition of its third new data centre in Netherlands. The price as at 10th September 2021 is at S$2.56 per unit.1. Some investors view KDC as a risk free bond.Well, this is a very strange assertion being made by some investors indeed. I think let’s not get confused, KDC is a REIT and is equity in nature. Let’s call a spade a spade. It is definitely n

The Fifth Person
Lim Zheng Jie
7 things I learned from the 2021 StarHub AGM
StarHub is the second-largest telecommunications (telco) operator in Singapore after Singtel. StarHub offers a ‘quad-play’ package that includes mobile, pay-TV, fixed broadband, and business solutions. An ongoing price war is being fought among telco players as a result of increased competition, with each telco offering more data at ever lower prices in an attempt to gain — or at least maintain — market share. As a result, StarHub’s profit has decreased in recent years, together with a gradual decline in its stock price. Thus, I attended StarHub’s 2021 AGM to understand how the company would tide through the pandemic and continue to compete with peers in its industry. Here are seven things I learned from StarHub’s 2021 AGM: 1. StarHub’s revenue fell 13

Investment Moats
Kyith
Learning to Invest in Individual Stocks & Proper Portfolio Management with Investment Quadrant 3.0
I have been known to wear many hats, from writing about personal finance, index investing, wealth management, financial independence and commentating on all the affairs surrounding me with regards to money. The way that I been doing my wealth accumulation is through active individual stock investing. What that means is that I spend my time prospecting the stocks in Singapore, Hong Kong to find stocks that I can invest for the long term, to speculate on the short term in order to accumulate my wealth. As part of demonstrating the great benefit of my Stock Portfolio Tracker, you can have a glimpse of my current portfolio through the demo as well. You may have read some of my past write up on whether M1 and Starhub is a value trap, or the Transportation business of ComfortDelgro. People give

DollarsAndSense.sg
Max Chew
[2021 Edition] Complete Guide To Prepaid SIM Plans In Singapore
This article was first published on 31 January 2019 and updated with the latest information. All three major telcos – Singtel, StarHub and M1 –  offer prepaid SIM cards, giving you plenty of options depending on your intended usage. Different bundles vary in terms of validity period, amount of local/roaming data, talk time and SMS. Some also provide features such as unlimited usage on certain social messaging apps. For your convenience, you can use this handy guide we compiled to help you find the right prepaid SIM card that suits your needs. All prices in this article are inclusive of GST. Long Validity Prepaid SIM Cards A longer validity prepaid SIM card is suitable for those who live in Singapore and prefer prepaid SIM card over a post-paid plan. All these SIM cards have bundled

DollarsAndSense.sg
Agnes Goh
Mobile Virtual Network Operator (MVNO): What is A MVNO & What to Know Before Signing Up for One
While this may seem like an unfamiliar term to you, Mobile Virtual Network Operators (MVNOs) have become a part of your daily life. Circles.Life, MyRepublic and Grid Mobile are all examples of MVNOs. With the entrance of MVNOs, Singaporeans have access to a larger variety of value-for-money and flexible mobile plans. So what does it mean to be an MVNO, and what difference does it make to your mobile plan? What Is A Mobile Virtual Network Operator? MVNOs are communication service providers that do not operate on their own wireless network infrastructure.  Instinctively, you may see MVNO as a competitor to the traditional Telco service provider (otherwise known as mobile network operator). Yes, in the sense that they belong to the same industry. But to a larger extent, they work on a partne

DollarsAndSense.sg
Dinesh Dayani
What Are The Best SIM-Only Plans In Singapore (2021 Edition)
This article is updated to reflect the latest price plans. Additional reporting by Angela Koo. Many of us spend several hundred dollars or more each year on our mobile phone plans but rarely consider whether there are better mobile subscriptions in the market when our contracts run down. The main reason – we are often lured by seemingly lucrative deals on the latest handphone models rather than trying to source for the best mobile subscription that actually fits our usage requirement. Often, we end up opting for more expensive plans just to enjoy an initial handset subsidy. To lower the cost of buying the new phone, we also typically trade-in our perfectly working mobile phones which may have nabbed us a better deal if we sold it on Carousell, eBay or even mobile stores on our own.

T.U.B Investing
The Unique Bunch (T.U.B)
First Article of 2021 - The Replacement of OCBC Bank is Singtel
This is a continuation of the previous post.The replacement of OCBC is Singtel.The joke is on me. Many months ago, for those that asked me about Singtel, I will tell them I do not like it. The main issue is cash burn in the future and the “traditional” management. But recently a friend changes my thinking and it kept me thinking on all the future possibilities. Basically, in my opinion, the opportunities exceed its own weaknesses. Thus, let me get into the reasons.1. Digital BankingGrab-Singtel JV (GSJV) has been awarded for the full digital banking license. Singtel has a 40% stake in the S$1.5bn entity (around at least S$600million outlay from Singtel).Recently, I have a deep discussion on the Fundamental Scorecard Telegram Group on Digital Banking. Basically, I commented th

Investment Income For Life
Blade Knight
Starlink By Elon Musk For Satellite Internet Broadband Services Operational Soon- Possible Threat to Singtel, Starhub and Netlink Trust?
Elon Musk is planning to launch its SpaceX's Starlink services soon. Starlink is actually a satellite internet constellation being constructed by SpaceX providing satellite Internet access. The constellation will consist of thousands of mass-produced small satellites in low Earth orbit, working in combination with ground transceivers. An estimated investment of more than US$10 billion has been pumped into this decade old project from Elon Musk. This space internet broadband project actually went on track as per forecasted with various beta testing being done already. It is scheduled to launch soon in USA and Canada this year and to rapidly expand to attain global coverage of the entire world by 2021. I was rather surprised that Elon Musk managed to pull this off and they are in the midst o

(The) Boring Investor
Lee Chin Wai
Possibly The Worst Time to Invest – 4 Years On
This once-a-year post probably sounds like a broken record, but 4 years after I thought it was a bad time to invest (due to record high Dow Jones Industrial Average and record low interest rates then), the DJIA has not crashed yet, despite a series of corrections along the way, with the most recent one in Feb. I have 2 passive portfolios invested in index funds and adopting the portfolio rebalancing strategy. The plain vanilla portfolio has 70% in global equities and 30% in global bonds since Dec 2013, while the spicy portfolio has 70% in US equities and 30% in Asian bonds progressively built up over 2015. To-date, the plain vanilla portfolio is up by 31.4% while the spicy portfolio is up by 24.2% since they were started approximately 4.5 years and 2.5 years ago. Needlessly to say, ha