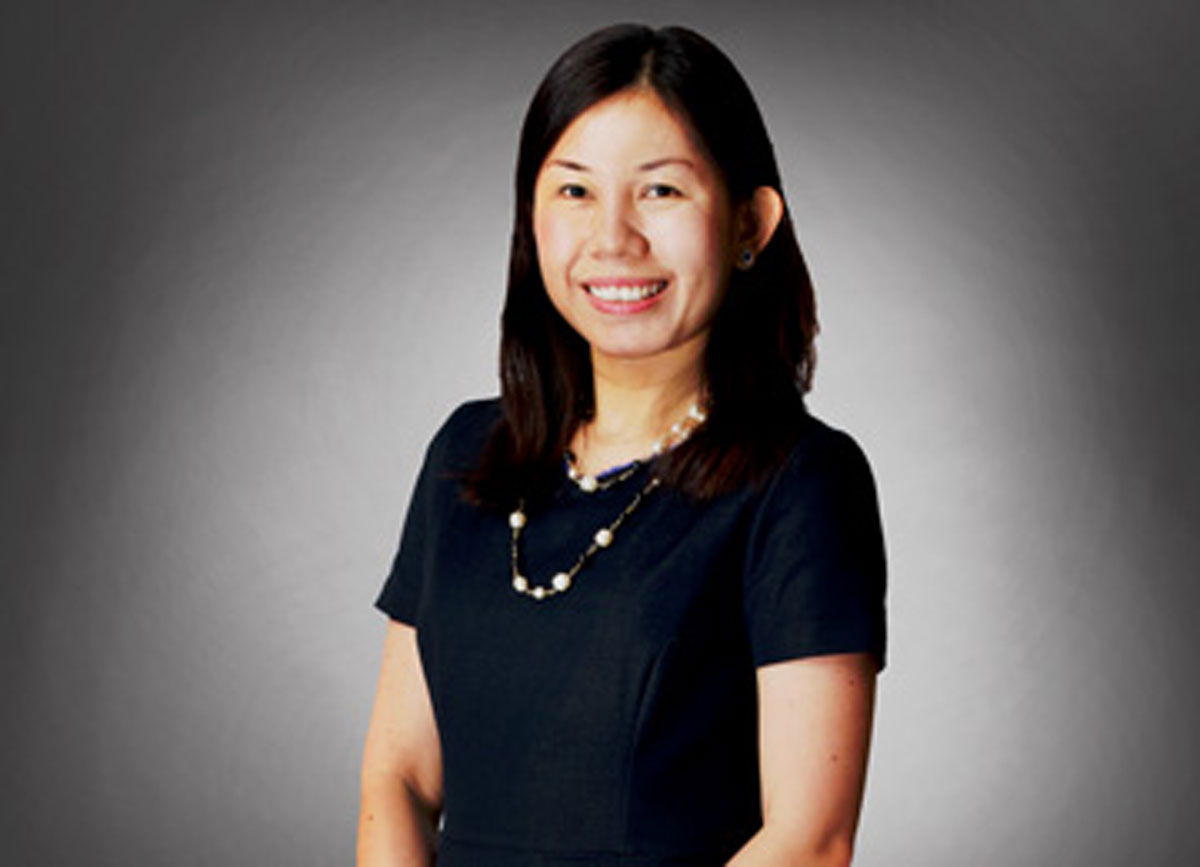 The Chief Operating Officer of Mainboard-listed China Aviation Oil adheres to a strict code of ethics, and can be a contrarian of sorts.

A seasoned trader, Jean Teo is known to be a straight shooter.

"As senior management, there's a need to stand firm and say 'No', even to the boss - I know this is uncommon in a Chinese-run firm, but it's important to do what is right," Teo said with a smile.

The Chemical Engineering Honours graduate from the National University of Singapore began her career at BP Singapore in 1997. She held various roles, including a posting in London and Lead Trader of Light Distillates. She was seconded to China Aviation Oil (Singapore) Corp as Head of Trading in January 2008, four years after it was rocked by a US$550 million derivatives trading scandal.

Teo, who has a Master of Business Administration in Finance from UK's Manchester Business School, left BP in 2010 to join Cargill International as a senior distillates trader. A year later, she returned to Asia Pacific's largest physical jet fuel trading company as its COO.

"I really enjoy trading, but I wasn't sure I wanted to remain a trader my whole life," Teo recalled.

"I wanted to learn something new and develop myself further, and the management role at CAO provided that opportunity."

The CAO of today is a far cry from the scandal-tainted firm that teetered on the brink of collapse 12 years ago. After losing more than US$550 million from trading oil options in 2004, CAO sought court protection from creditors. It averted bankruptcy only after its Beijing-based parent, China National Aviation Fuel Group Corporation, BP Investments Asia Ltd, and Aranda Investments Pte Ltd - an indirect subsidiary of Singapore state investment firm Temasek Holdings - pumped US$130 million into the company.

Between 2011 and 2015, the sole licensed importer of jet fuel for China's civil aviation industry averaged annual revenue of US$13.1 billion and annual net profit of US$62.1 million. Its balance sheet remains solid, with net cash growing to US$200 million as at end-September 2016, from US$88 million in end-2011.

Listed on SGX in December 2001, CAO has a market capitalisation of about S$1.3 billion. The Group is 51%-owned by China National Aviation Fuel Group, while BP holds a 20% stake.

The management of CAO is visibly committed to enhancing shareholder value. The Group's dividend policy is centred on a growth-based payout formula, and for financial year 2015, it paid out dividends comprising 30% of total profits attributable to shareholders.

Fuelled by its relentless internationalisation strategy, CAO is very much a comeback kid, Teo said. In 2010, the Group derived 80% of its revenues from China, with the rest of the world contributing 20%. Today, that ratio is 50:50 of a growing pie.

"We're no longer just a Chinese company - we're now more in tune with the world, thanks to our global focus," she added.

And how the tables have turned.

"In 2008, when CAO resumed full operations, we had to canvass for credit support from banks. Today, the stigma attached to a Chinese company has essentially been removed - we are now courted rigorously by trading partners and financial institutions alike."

The Group's diversification strategy, which started about six years ago, revolves around aviation marketing and trading activities, particularly, the trading of other oil products and the geographical expansion of its customer base.

While CAO inherited its Hong Kong and US offices from its Beijing-based parent, it established its London office from scratch.

"I was responsible for setting up the UK office, which added to the Group's global footprint, and that gave me a lot of satisfaction," she noted.

"This is because I enjoy creating new things, building expertise in new areas, and growing them to the stage where they become lucrative."

While important, trading remains an ancillary function for CAO. "We do not bet on oil prices, as we are very much a supply company," Teo said.

"That's why we've been able to produce very consistent results over the years, despite the volatility in oil prices."

While the overall trading environment is expected to remain challenging given geopolitical changes and an uncertain macroeconomic backdrop, the outlook for jet fuel remains healthy.

"Demand for transportation fuels will outpace supply growth in the longer term, so you could say we're in a sweet spot in the oil space," Teo said.

Recent trends in North America and China - the US started exporting crude, while China reversed its policy on teapot refineries by allowing them to import crude - will tilt the global oil balance.

"These developments mean demand and supply configurations in China, US and the rest of the world will change, which in turn would boost demand for oil products. That's good for CAO."

The Group is also poised to ride the surge in aviation demand - driven by the rise of the middle class - over the next two decades, she noted.

New airports are sprouting up, particularly in Southeast Asia, as an increasing number of budget carriers muscle into the market.

Today, there are about 55 aviation mega-cities - defined by Airbus as a city with over 10,000 daily international passengers who fly more than 2,000 nautical miles - and this figure is set to jump to 93 by 2035.

"We're going to see a lot more people, especially from regional emerging economies, take to the skies, and with increasing frequency," she added.

Volume-wise, China continues to develop as the world's second-largest civil aviation industry, after North America. By 2020, total turnover of the Chinese civil aviation market is expected to reach 170 billion tonne-kilometres, with an average annual growth rate of 12.2%.

"Notwithstanding China's economic slowdown, its civil aviation industry will continue to expand. That in turn would significantly boost demand for jet fuel products," she noted.

The Group is also set to be at the forefront of the country's "One Belt, One Road" initiative, which will drive development of infrastructure projects across two continents in Eurasia. It will penetrate new airports along the network and boost supply locations, while seizing opportunities to invest in suitable assets.

CAO continues to make headway beyond China, supplying to 43 airports outside the country, despite having started its aviation marketing division only five years ago. "Chinese airlines are expanding aggressively overseas, and we usually supply to Chinese carriers at these airports before reaching out to the other airlines," she said.

It is equally focused on growing its presence in North America - the company is one of three top jet fuel suppliers to airlines at the Los Angeles International Airport, and plans to break into other cities along the West Coast before targeting the Eastern Seaboard.


On the Acquisition Trail

Looking ahead, mergers and acquisitions remain high on the Group's to-do list. "In the current market, you can't just trade oil products - you also need to buy assets. Gone are the good old days where independent trading houses can just trade and make money without assets," Teo noted.

To establish its global supply and trading network, CAO is exploring investment and M&A opportunities that offer synergies with its trading businesses in Asia Pacific, North America and Europe.

"We're looking at long-term value, not short-term gains, in order to build up our global integrated network," Teo noted.

"Generally for an acquisition, we would require a double-digit internal rate of return that exceeds our weighted average cost of capital, but that may be difficult to achieve. For synergistic assets that offer compelling advantages to our integrated value chain, IRR will not be the only consideration," she added.

But organic growth will always come first. "If M&A becomes too expensive, too difficult, or doesn't offer good value, we will focus on growing organically," Teo said.

"There's so much more to be had within our space. Even without acquisitions, CAO will grow, and grow at a healthy rate."

Apart from developing CAO's businesses, Teo is focused on personal advancement and empowering those who work for her.

"I believe in nurturing my staff, giving them the leeway to experiment and even to fail, as long as the failure isn't too major," said Teo, who tied the knot last year.

One should always be willing to learn, and acquiring knowledge is a life-long experience. "You should always upgrade yourself and pick up new skills," she added.

Besides mentoring students and younger colleagues, Teo is an avid concert-goer and runs at least once a week.

"When I was a trader, money was a key motivator. But I believe I've mellowed over the years. Now, money is not a major driver. Work-life balance is essential, and giving back to the community is also a priority," she added.

Values that resonate with her include being true to yourself and the ability to adapt.

"The toughest thing about being in management is learning how to relate to people. You cannot change people's behaviour, so you need to learn how to influence them," she said with a smile.

The 42-year-old is also a qualified arbitrator and mediator.

"Having been a trader and worked in Western companies for many years, my driven management style can be confrontational at times. But I have realised this may not necessarily be the best approach, and have learnt to compromise."