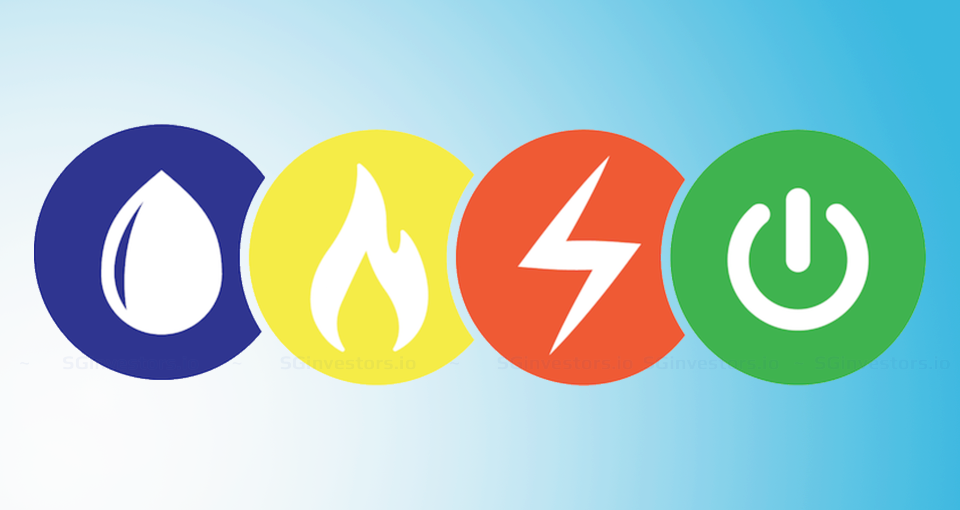 Utility stocks comprise between 3% to 4% of the value of the global stock market, with Asia’s largest Utility play by market value, China Yangtze Power Co (CYPC), an operator of hydropower plants on the Yangtze River. CYPC has declined 1.9% in the 2022 year to 16 May, trimming its total return since the end of 2018 to 66.9%. While the stock has outperformed both regional and global utility benchmarks since 2018, the duration has seen Singapore’s biggest Utility play, Sembcorp Industries, double CYPC’s gain with a 133.2% total return.

With the Energy Sector and Agriculture Industry leading the global stock market for much of the 2022 year-to-date with contrary gains, the Utilities Sector has been among the most defensive sectors with the least declines.

In Singapore, the 5 most traded stocks associated with Utility Sector have averaged a 3% total return over the first 19 weeks of 2022, with mixed returns ranging from a 17% decline for Union Gas Holdings to a 40% total return for Sembcorp Industries. This coincided with Sembcorp Industries reporting its 2021 net profit increased 78% y-o-y to S$279 million, while Group net profit before exceptional items increased 57% y-o-y to S$472 million rising from higher contributions across all segments.


In 2021, Singapore accounted for 62% of Sembcorp Industries’ revenue, 35% of Keppel Infrastructure Trust’s revenue and 100% of Union Gas Holdings’ revenue. Together, the trio have all outpaced the STI’s 19.0% total return since the end of 2018, with respective total returns of 133% for Sembcorp Industries, 46% for Keppel Infrastructure Trust and 243% for Union Gas Holdings.

Union Gas (SGX:1F2)’ three main business segments include Liquefied Petroleum Gas (“LPG”), Natural Gas and Diesel. In April, the Group noted that the ongoing COVID-19 situation continued to disrupt supply chains and was expected to worsen because of recent geo-political tensions in Eastern Europe, thus escalating energy prices and leading to rising cost of operations for the Group. The Group noted it can implement measures that are necessary to cushion against the impact of higher fuel prices, which may include raising the prices of its energy products. Nevertheless, Union Gas Holdings remains positive about the industry outlook, supported by the essential nature of its business, its fully integrated operations and also the expansion of its LPG services and offerings. Union Gas Holdings also transferred from the Catalist Board to the Mainboard in July 2021.

China Everbright Water (SGX:U9E) is an environmental protection company focusing on water environment management. For 2021 the Group reported a 17% increase in profit attributable to shareholders to HK$1.20 billion. As at 31 December, China Everbright Water invested in and operated water treatment projects with a designed daily water treatment capacity of over 7 million cubic metres.SIIC Environment (SGX:BHK), a leading water treatment and environmental protection company in China, reported on 13 May, its net 1Q22 profit attributable to shareholders climbed 9.8% to RMB 176 million. The Group’s construction income increased 7.1% y-o-y to RMB 611 million, as its benchmark solid waste treatment project, Shanghai Baoshan Renewable Energy Utilization Center which is scheduled to commence operation in 2022, saw accelerated construction progress compared with the corresponding period last year, and thus led to the higher construction income, which was partially offset by the delay of other projects’ construction progress.