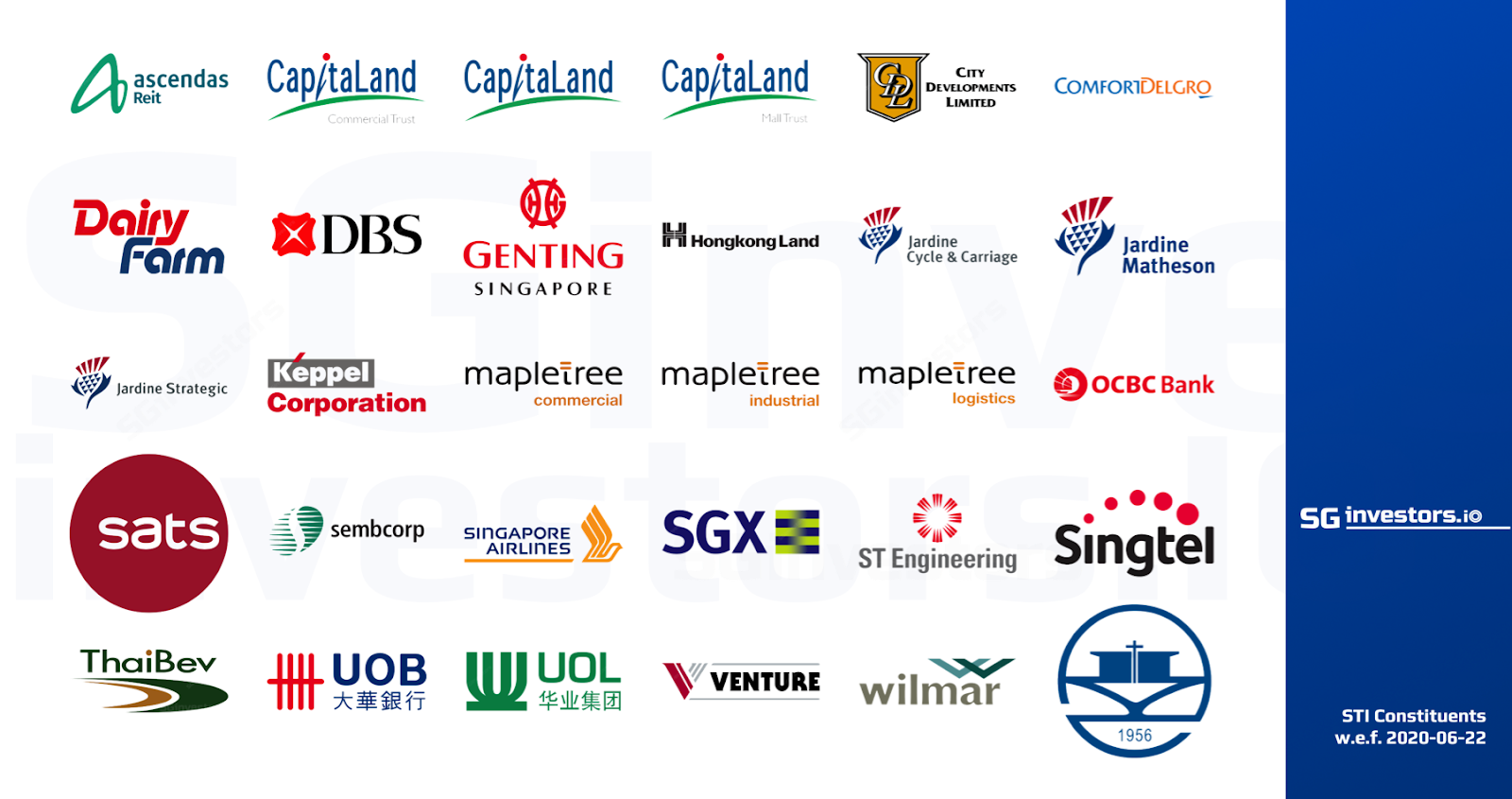 Accommodative monetary policy and economic lockdowns have meant that global banks have had to contend with a sudden reduction in interest rate margins and overall demand for financing, while needing to boost loan provisions. At the same time real estate developers, operators and managers had to grapple with exogenous declines in property sales and leases.

Aside from the comparatively more defensive performances of the STI’s banks and Real Estate stocks in 1H20, the two key index segments maintain competitive financial ratios.

Like the regional stock market, Banks and Real Estate stocks make up significant portion of the benchmarks, and performance of the STI and FTSE ASEAN All-Share Index will depend on how these two sectors fair. As noted above, For their last full FY, the STI’s banks averaged a  12% ROE, while the 10 Real Estate Stocks averaged a 31% debt-to-asset ratio.

Banks Make up 38% of the STI Weightage

For the Banks - the trio of DBS Group Holdings, Oversea-Chinese Banking Corp and United Overseas Bank declined 17.6% in 1H20. With the gains in the July month to date,  this has brought their average 10 year total return to 83.0%, outperforming the STI’s 31.3% total return. Thus the STI’s largest sector has been one of its best performers over the past 10 years. The trio also outperformed the STI in the most recent month of June, generating average total returns of 6.5%, compared to 3.8% for the STI.

According to their respective earnings releases, while net Interest Margins are impacted by interest rate cuts, with credit costs and allowances impacted by declining growth, operational resilience and balance sheet strengths are likely to be an area of focus.

Real Estate Stocks Make up 22% of the STI Weightage

Singapore REIT managers are known for their propensity to grow portfolios, proactive capital management and strong tenant relationships. The country is also known for its progressive regulatory framework, which in April was again demonstrated with quick-to-act supportive measures that provided more REIT flexibility to access various funding options and manage cash flows. For the Singapore REITs that were listed for the duration of the 10 years ending 30 June, their average 10 year total return was 126.6%.


See also Performance of STI and constituents in 2Q20.