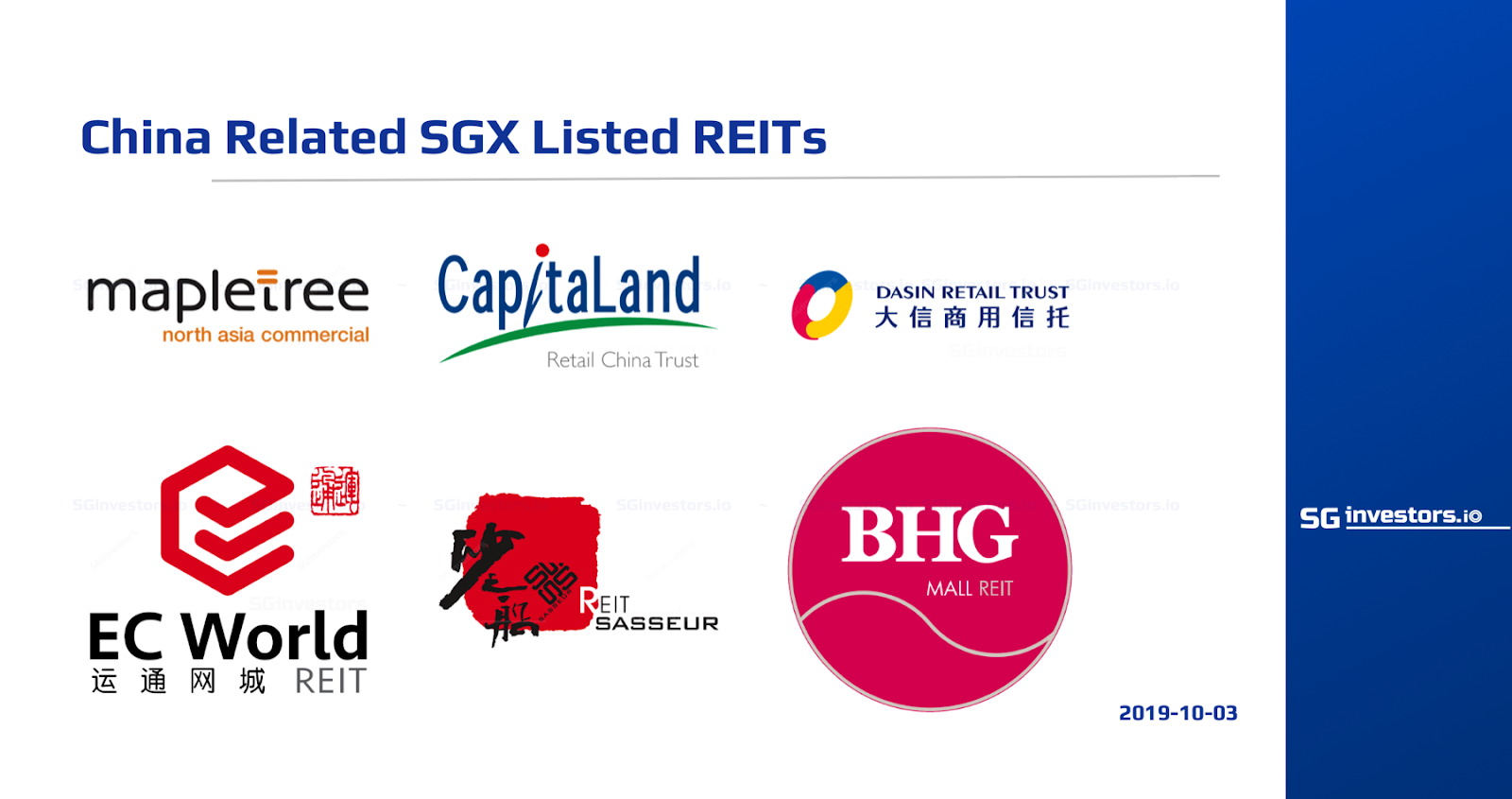 SGX lists 36 REITs, 7 stapled trusts and 3 property trusts with a combined market cap of over S$100 billion. In terms of inflows from institutional investors over the month of September, Singapore’s REIT sector ranked second, garnering net inflows of S$55.0 million, according to SGX data. In the first 9 months of the year, the sector drew net institutional inflows of S$327.4 million, with two of the seven months – April and July – registering outflows of S$151.0 million and S$210.7 million respectively.

REIT popularity in Singapore is exemplified in multiple ways. Four of the 30 constituents of the benchmark Straits Times Index (STI) comprise REITs, and account for about 8% of total index weight, while the entire STI Reserve List consists of REITs. 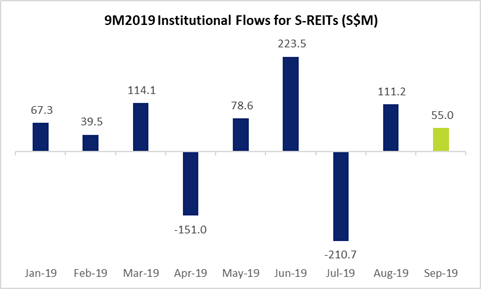 The latest addition to the REITs listed on SGX was Lendlease Global Commercial REIT, sponsored by Australia’s Lendlease Group, which made its debut on the Mainboard yesterday. Its IPO portfolio has an appraised value of S$1.4 billion, comprising leasehold retail mall 313@Somerset in Singapore, and freehold office property Sky Complex in Milan, Italy.

Of the 36 REITs on SGX, 6 report more than half their total revenues to China or Greater China, and have a combined market capitalisation of over S$8 billion. In 9M2019, these 6 China-related REITs averaged a total return of +16.8%, bringing their one-year and three-year total returns to +14.2% and +18.6% respectively. They also averaged a 12-month dividend indicated yield of 7.4% and a price-to-book ratio of 0.8x.

Over the 9M2019 period, the three best-performing REITs that report more than half their total revenues to China/Greater China were: Sasseur REIT (+33.6%), CapitaLand Retail China Trust (+21.3%) and Mapletree North Asia Commercial Trust (+21.1%). The trio averaged a total return of 25.3% over the period.

The tables below detail the 6 REITs on SGX that report more than half their revenues to China/Greater China, sorted by 9M2019 total returns.

China’s economy has continued to slow in the wake of the 18-month-old Sino-US trade dispute. The country’s manufacturing purchasing managers’ index (PMI) data released earlier this week painted a mixed picture of its economy – the Caixin Media and IHS Markit PMI jumped to 51.4 in September from 50.4 in August, but the nation’s official manufacturing PMI remained below the 50-mark that divides expansion from contraction – edging higher to 49.8 from 49.5, according to data released by the National Bureau of Statistics.

China has taken calibrated steps to shore up its economy. Last month, the government cut the amount of cash banks must hold as reserves to the lowest level since 2007, and reduced the one-year Loan Prime Rate by 5 basis points, the second such cut since the August launch of the new interest rate mechanism. It has also boosted bond issuance for infrastructure spending, and pledged to cut taxes for businesses and households by about 2 trillion yuan this year, in what is billed as the largest-ever fiscal stimulus plan for the nation.

On the trade front, US President Donald Trump has delayed the increase of tariffs on US$250 billion of Chinese imports from 1-15 October, citing the country’s annual Golden Week celebrations. Chinese Vice Premier Liu He and other senior officials are expected to meet with their US counterparts for trade talks scheduled on 10-11 October.