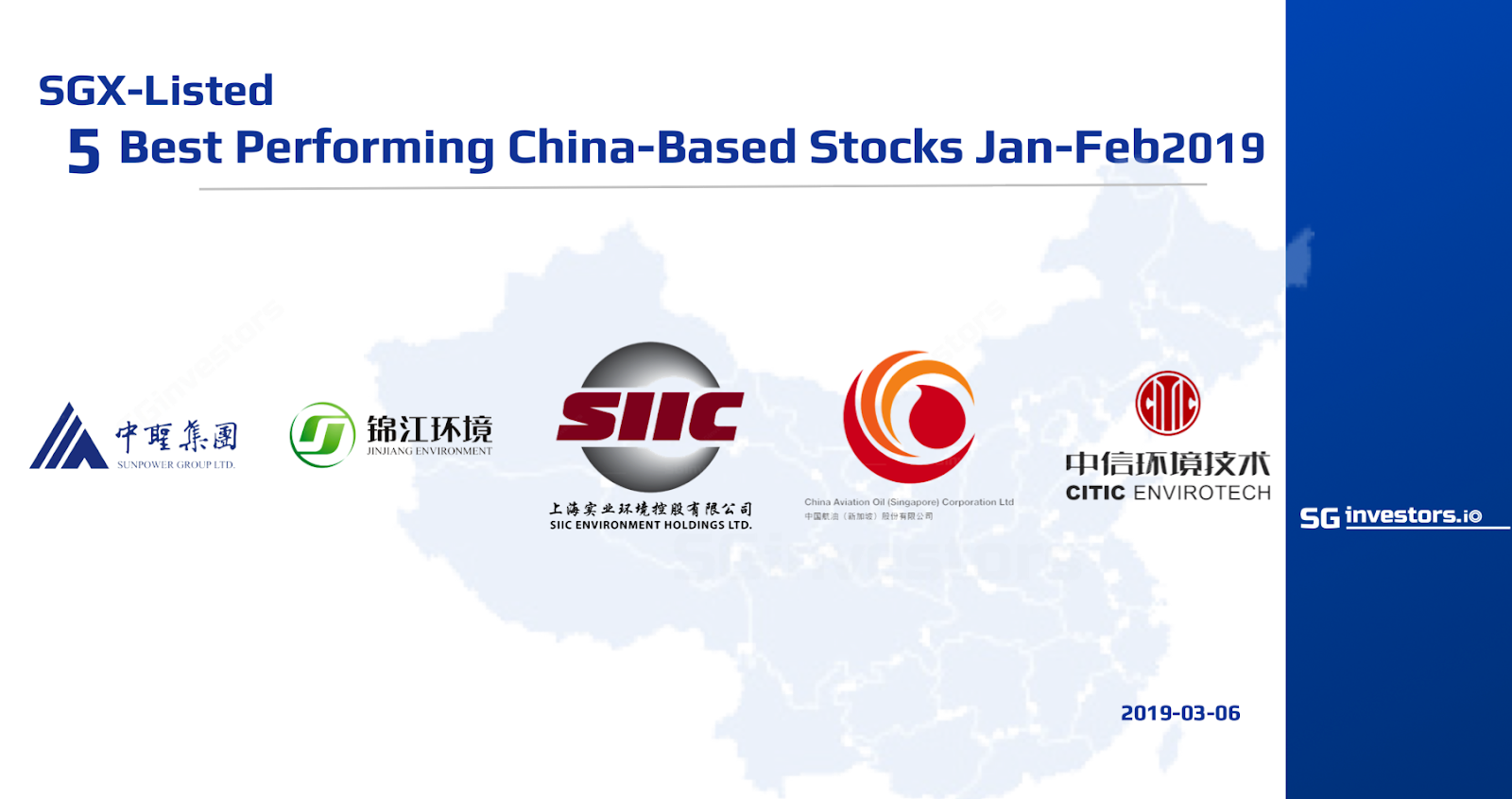 Currently, there are more than 130 companies listed on SGX that are either headquartered or have their principal place of business in Hong Kong and/or Mainland China, and they have a combined market capitalisation of over S$200 billion.

In terms of pure China-based plays, there are just under 100 listings on SGX. Among these, the 10 best performers in January-February 2019 have a combined market cap of over S$15 billion, and their operations include utilities, oil and gas, real estate investment trusts (REITs), environmental services as well as industrial and construction machinery.

3 of the 5 best performers are REITs and/or real estate developers. For a recently published Market Update on China-related S-REITs and Developers, click here.

The table below details the 10 best-performing pure China-based plays with market cap above S$200 million on SGX, sorted by Jan-Feb 2019 total returns

China reduced its economic growth target for 2019 to 6%-6.5%, compared with a goal of “about 6.5%” announced for last year, as it struggles with a debt legacy and ongoing trade tensions with the US. The gross domestic product (GDP) growth target was released on Tuesday in Premier Li Keqiang’s annual work report to the National People’s Congress. The lower band of the target would be the country’s slowest pace of economic growth in almost three decades.

The World Bank already expects a further slowdown in the world’s second-largest economy this year. The agency has forecast growth of 6.2% in 2019, slightly below its previous projections as a result of weaker exports, and down from 6.5% expansion in 2018, it said in the January edition of its “Global Economic Prospects” report.

Between 1999 and 2014, China has averaged a significantly stronger annual economic growth rate of 9.6%, reaching as high as over 14% in 2007. In recent years, the moderation in its growth rates, which still remain above the developing-economy average, has coincided with the government’s policy of pursuing high-quality, rather than high-speed growth.