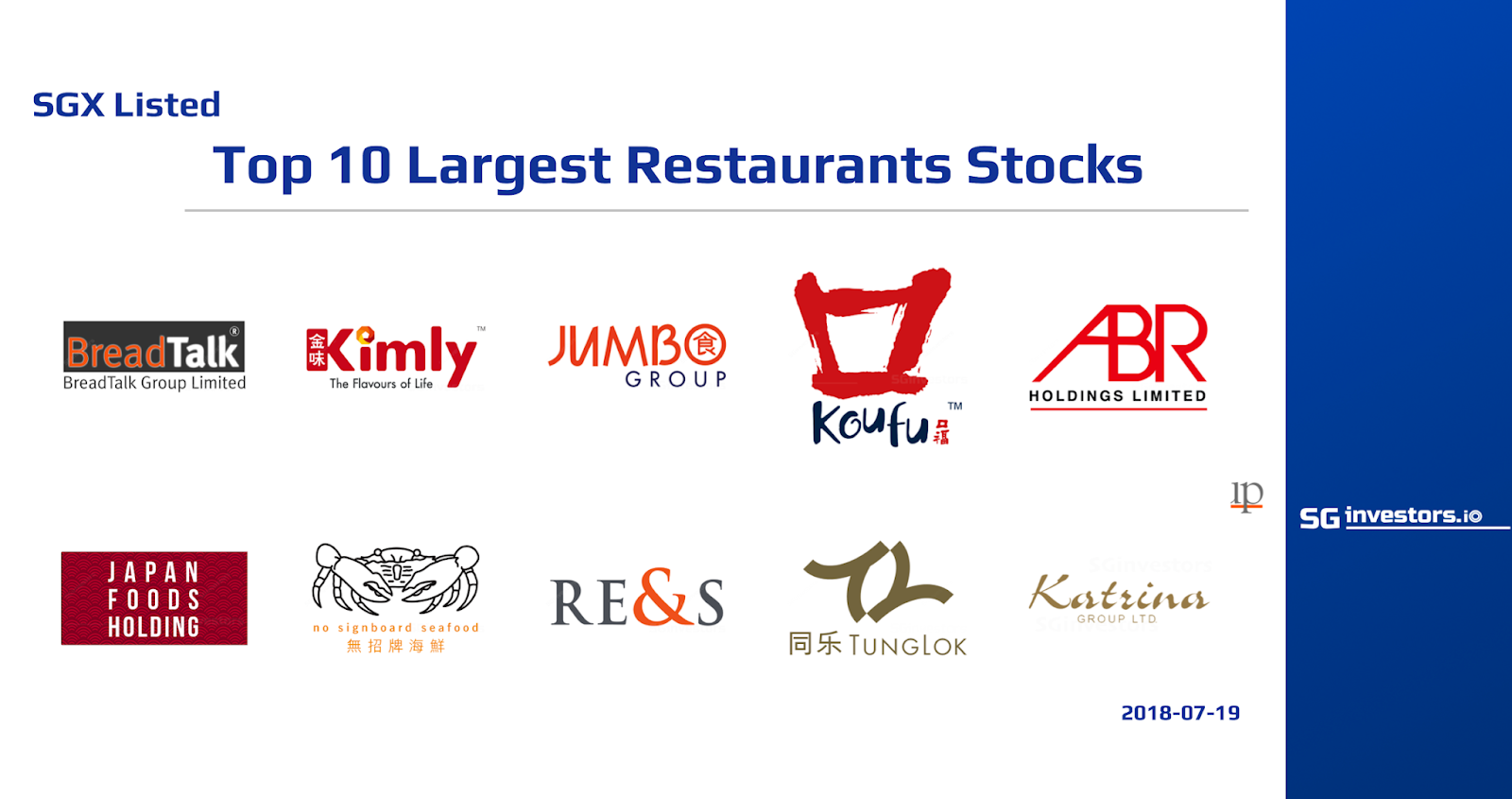 According to Oxford Economics’ Food Industry Asia report, Singapore’s Food and Beverage (F&B) industry contributes an estimated S$14.4 billion or about 0.8% of the country’s GDP in 2014 and employs nearly 300,000 people.

Of the 13 Restaurant stocks listed on SGX, the 10 largest have a combined market capitalisation of close to S$2.0 billion and most companies have businesses outside Singapore or overseas expansion plans. Of the 10, Kimly and No Signboard have a pure local presence. These 10 stocks have an average total returns of +18.3% in the past one year and have an ROE and P/E ratio of 21.6% and 25.3x respectively.

Most of the recently listed Restaurant stocks since 2017 have also indicated international expansion plans, some examples (from their IPO prospectus/offer documents) are:

According to Bloomberg data, the 10 largest Restaurants stocks have an average dividend payout ratio of 62.2% and average dividend yield of 2.5%. Recently listed Restaurant stocks from 2017 have also indicated on their IPO prospectus or offer documents intentions to distribute dividends to shareholders: