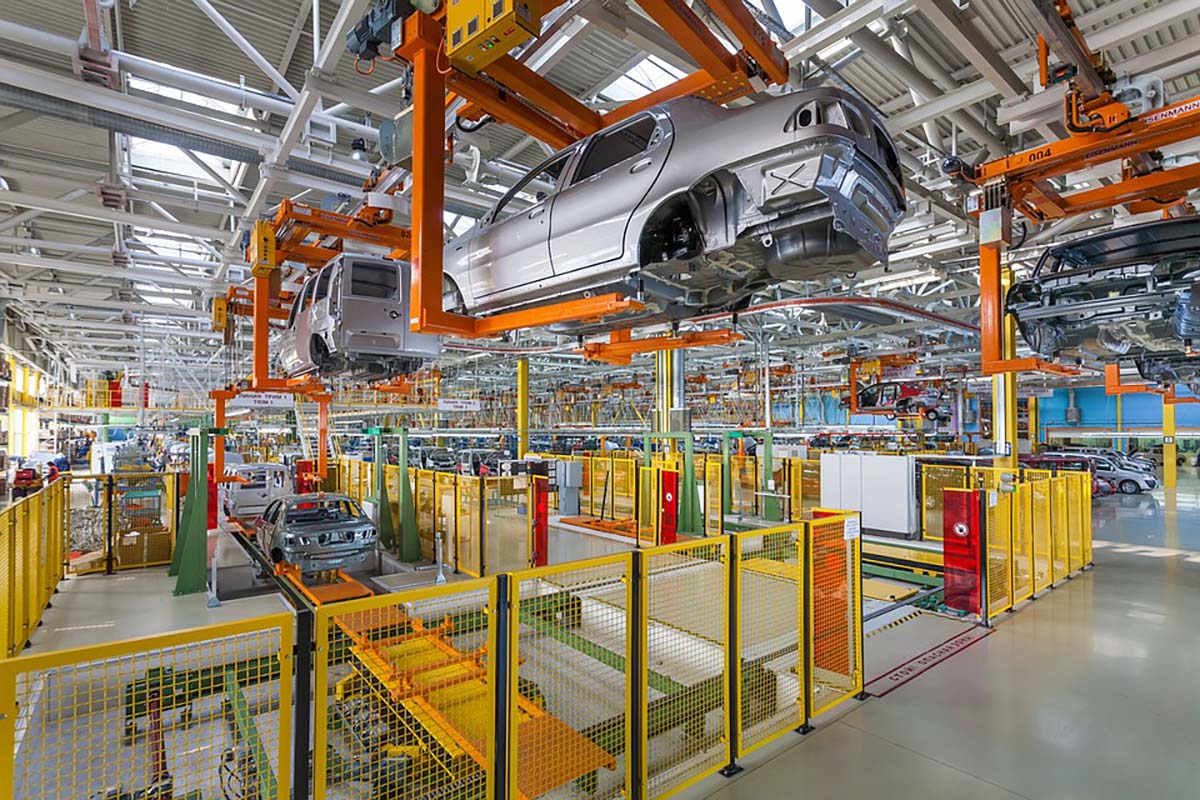 Singapore’s Purchasing Manufacturing Index (PMI) rose to 51.0 in July 2017, and has been above the 50.0 expansion threshold since November 2016. The Singapore Institute of Purchasing & Materials Management (SIPMM) is scheduled to report the PMI for August on 4 September. SIPMM maintains that the Singapore PMI has become a key barometer of the Singapore manufacturing economy.

As illustrated below the gauge generated an uptrend between February 2016 and July 2017, and has recorded 11 consecutive months of expansion.

Capital Goods stocks make up as much as four-fifths of the market capitalisation of Singapore’s mega Industrials Sector. According to the Global Industry Classification Standard (GICS®) the Capital Goods Industry group is made up of seven different industries. Of the seven industries – there are four that have a manufacturing focus: Aerospace & Defence, Building Products, Electrical Equipment and Machinery.

Note outside of these four manufacturing-related segments for the Capital Goods Industry (within the Industrials Sector) there are other stocks that are represent manufacturing sub-sectors in the Consumer, Information Technology and Health Sectors.

The 20 largest capitalised stocks in Singapore that represent these four manufacturing-related segments in the Capital Goods Industry have averaged a 37.0% price gain in the 2017 year-to-date, following on from an average 4.1% price gain in 2016.

The comparative performance of both Asia Pacific’s Singapore’s 20 largest stocks of the four manufacturing-related segments of the Capital Goods Industry are tabled below.

As is currently the case in Singapore, the majority of Asia Pacific’s 20 largest stocks representing these four segments are Machinery plays.

To see more details on each of the stocks below, click the stock name to see the full profile in SGX StockFacts.


Source: SGX, Bloomberg & SGX StockFacts (data as of 14 August 2017). Please note stocks tabled above are listed on the Mainboard or Catalist.

As detailed in the table above, the majority of the gains of the 20 stocks occurred in the first half of 2017, which coincided with expansion in Singapore’s Manufacturing Economy as gauged by the PMI. In addition Gross Domestic Product (GDP) came in stronger than expected – with GDP year-on-year (YoY) growth of 2.5% in the first quarter and 2.9% in the second quarter of 2017.

Of the 20 stocks, the three best performing stocks in the 2017 year-to-date were Starburst Holdings, Frencken Group and Yangzijiang Shipbuilding Holdings.

On 11 August, Starburst Holdings reported it returned to profitability, achieving net profit attributable to shareholders of S$0.6 million for 1HFY17, compared to a net loss attributable to shareholders of S$2.1 million in 1HFY16. Starburst Holdings is a Singapore-based engineering group specialising in the design and engineering of firearms-training facilities – to see more information on its recent results click here.

In its business segment outlook, Frencken Group noted that the overall revenue of the automotive segment is expected to be lower in 3QFY17 as compared to 3QFY16, owing mainly to the disposal of shares in Precico Electronics Sdn Bhd with effect from 1 April 2017. For more information click here.

On 7 August, Yangzijiang Shipbuilding (Holdings) reported 1HFY17 net profit attributable to equity holders increased to RMB 1.387 billion, up 61% YoY, from RMB 863.377 million in 1HFY16. As discussed in the press release (click here) the global shipbuilding market continued to recover in the first half of 2017, especially in some segments, such as dry bulk carrier, supported by the higher volume of iron ore transportation and the ease of overcapacity, while new shipbuilding demand for containership remained weak.