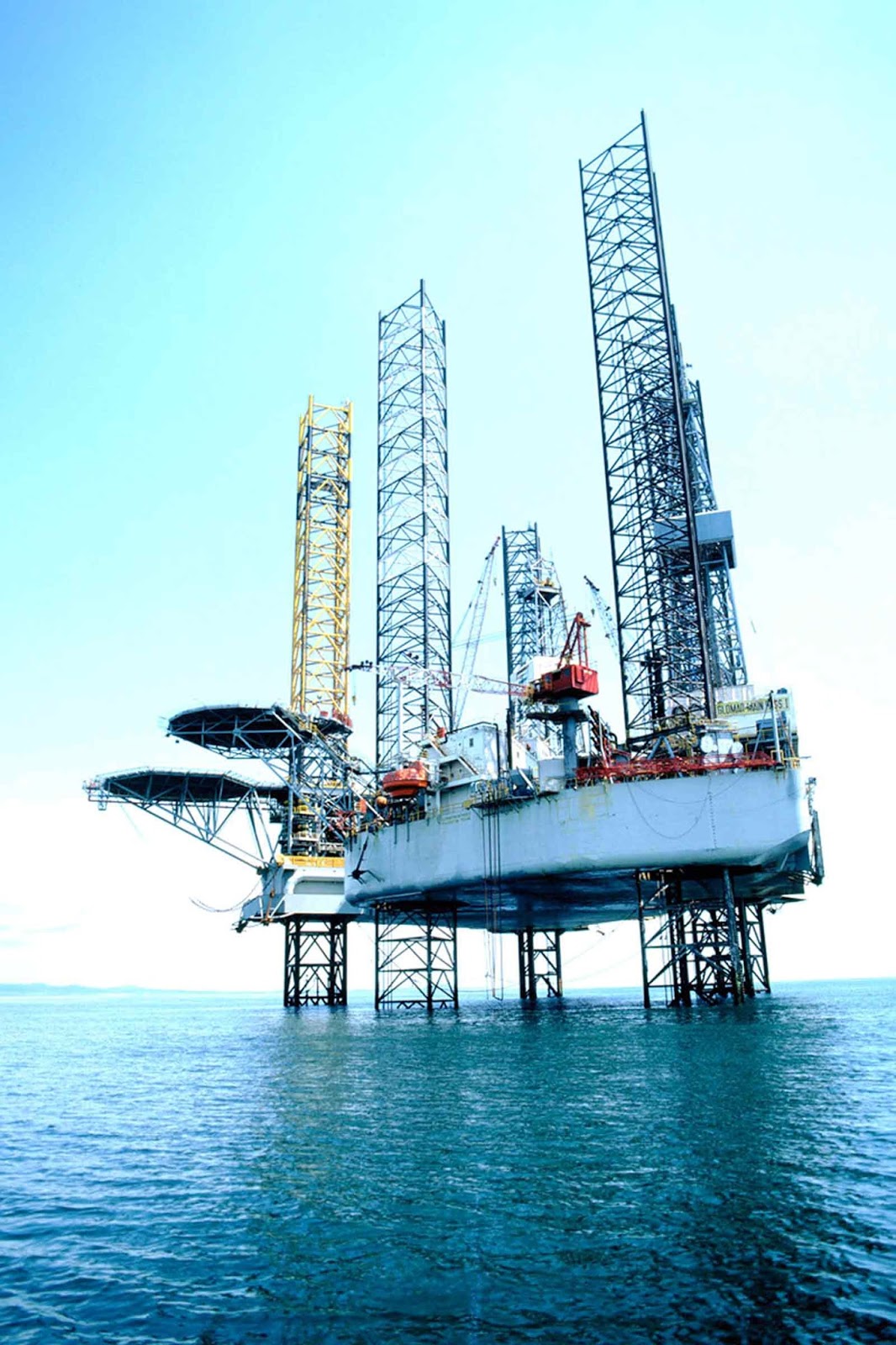 WTI crude oil prices has since recovered 24.8% from early Sep last year and closed at $53.88/bbl yesterday, on the basis of supply cuts. The recent momentum in crude oil was due to the Organisation of Petroleum Exporting Countries’ (OPEC) decision to cut production (click for report). Non-OPEC producers have also agreed to reduce production by 558,000 barrels a day. This is in-line with the rebound in the SGX MOE Index since last Sep. 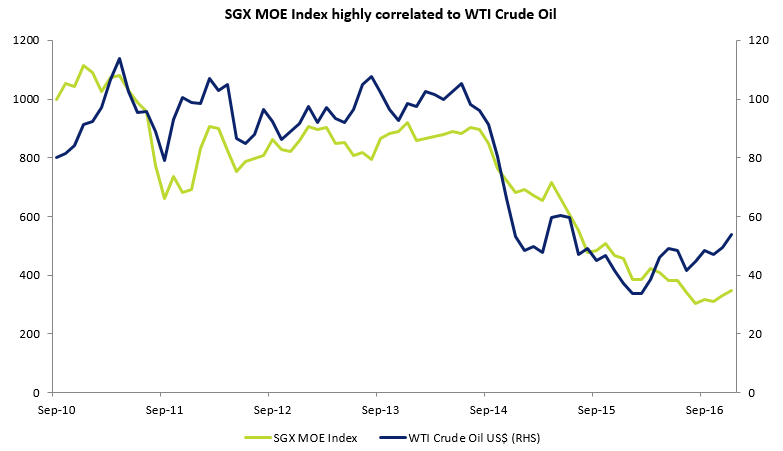 Trough valuations as the cycle bottoms out

10 out of 18 companies on the SGX MOE Index are trading below book values. On a historical basis, most MOE stocks within the index are trading at trough valuations since 2008 (see tables below). The two charts below show the historical PB ratios of the two largest pure offshore and marine plays by market capitalisation (excluding industrial conglomerates and business trusts) which include Sembcorp Marine and Yangzijiang Shipbuilding. Their current PB ratios are below their historical lows during the Global Financial Crisis in 2008. Ezion Holdings, third largest after the two, exhibits similar characteristics.

PB ratios are one of the valuation metrics used to value the MOE Sector, especially when earnings may be depressed or negative, which may result in abnormal or unavailable price-to-earnings (PE) ratios.

An SGX report, published last month (click for report), have cited that industry analysts and participants are expecting crude oil prices to stabilise around US$50-60/bbl levels. This is likely to benefit more upstream companies involved in exploration and production and offshore vessel owners before downstream companies such as shipyard owners, rigs and ship builders.

With oil prices stabilising, consensus is expecting the sector to return to profitability in the next three years as forward return on equity (ROE) turns positive. The MOE Sector today has been challenged with defaults, bankruptcies and consolidations and many companies have since incurred losses and falling or negative ROEs. 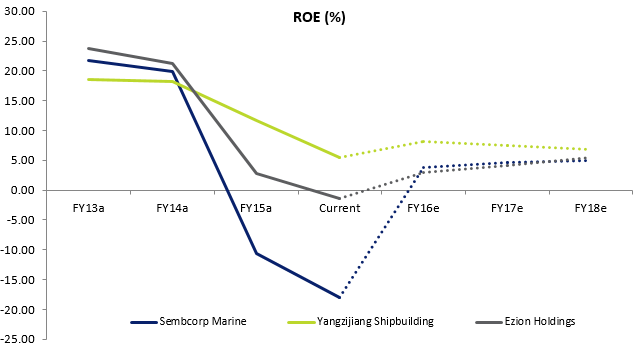 Source: Bloomberg (as of 31 Jan 2017).
Forward consensus figures were sourced from Bloomberg and based on an average of estimates/forecasts set by sell-side research analysts.

Despite downward revisions in earnings for the sector, companies still continue to see their stock price rebound from Sep last year, in tandem with oil prices. An example in the chart below shows Sembcorp Marine’s FY17 estimated EPS reduced from 0.21 cents per share in Feb 2015 to 0.06 cents per share in Feb 2017. Stock prices typically move in-line with earnings estimates, however, the stock has rallied on last rounds of cuts. The same holds true for Yangzijiang Shipbuilding and Ezion Holdings.

Source: Bloomberg (as of 31 Jan 2017).
Forward consensus figures were sourced from Bloomberg and based on an average of estimates/forecasts set by sell-side research analysts.

Aside from analysts’ expectations and earnings estimates, investors should also look out for some key indicators for the sector which include order books momentum, positive operating cash flows, and balance sheet strengths in reviewing the sector.

For Singapore’s MOE Sector, the Ministry of Trade and Industry also announced last Nov some enhancements to IE Singapore’s Internationalisation Finance Scheme and the re-introduction of SPRING’s Bridging Loan. These are efforts to support the sector and facilitate MOE companies’ access to working capital and financing (click for report).

The Maritime and Port Authority (MPA) also announced in Jan (link) that amidst weaker-than-expected global economic conditions and significant structural changes in the maritime industry, Singapore’s annual vessel arrival tonnage increased by 6.3% and volume of bunkers grew 7.7% in 2016 against 2015. This continues to strengthen Singapore’s position as the world’s top bunkering port and a key maritime hub in the world.